Trump does not represent us


The election of Donald Trump does not represent some kind of change in the basic structure.


When talking about our elections, it only makes sense to talk about them in the big picture of the legal and social environment they occurs in.  No US election takes place outside of the basic parameters of our system, which includes official and semiofficial practices.


We are a republic of the dollar bill.  The campaign fund raising, lobbyist catering, paid political advertising paradigm is the prevailing practice from Oakland School Board, to The Donald’s manipulation of his ratings to get free air time.  Our new senator will have a dollar per day target, as will every senator you like and every one you hate.  Those “different” views will be crossing the street to dial for dollars every day.


More than the monopoly of our two semiofficial political parties, this auction of the candidates directly to the affluent classes pre selects who we ever see on the ballot.


And vote for what?  Ask a voter who they will vote for and you will usually get some kind of strategy influenced answer.  The voting public and the non-voting public have both been convinced that certain people CAN NOT WIN and the public voting results bear that out beyond anything a self-fulfilling prophesy could account for.  We do not vote our values.  We do not vote our beliefs. We vote for the person we think can win that will do us some personal good, or maybe some social benefit.


Or we vote against the bogeyman.  Each election has escalated the bogeyman factor of the opponent for each voting group.  For many of Americans the evil end of the world was back in 2008 and they called him “not their president” and for many of us it ended in November.


Our elections as a universal suffrage democratic expression of the people’s will never began. It cannot have ended.


Our elections are a business, run by the professional vote marketing agencies who are not advocates of any ideology, not advocates of democracy, but just advocates of their candidate winning the game of a majority of the limited number of votes cast.  If that means getting the other side to vote less, fine.  If that means being loose with the truth fine.  More than anything that means what it means in the rest of our advertising world: brand image and market share.


More officially, we have not made many of the reforms of the nineteenth and twentieth century, so we cannot claim that we respect the popular vote.


Much is made about the popular vote, minus abstentions, when discussing the Electoral College by those same Democrats who had nothing to say about this when we got two minority vote presidencies of Bill Clinton.  Would it be so hard to use the popular vote and hold a run off, as many nations do?


Nothing is said about the popular vote selecting the House of Representatives which is majority Republican because they gerrymandered the Democrats majority of votes into a minority of seats.  Why doesn't the press talk about this?  Is gerrymandering so sacred that it cannot be mentioned?


When the Democrats talk about what they are going to do during Trump 1 do they say much about the moral authority of representing the majority of the people?  Is that throwing too many stones around the glass house that allows both groups to keep their share of the pie and keep the monopoly of the franchise between them?


This is the same press that is owned by the same media that sells the political class that obscene amount of advertising space every two years.  I don't know a lot of businesses where it is OK to bad mouth clients, especially big, influential clients.


Certainly nothing is said among our experts about the alternative of proportional representation.  It would not be so hard to elect the House based on percentages of popular votes by party.  But that would break the calculation of who can win.  If you knew that the percentage of your votes for a minority party would elect that same percentage of seats into the house, would you feel so forced to vote for an official party?


It could even be that if we made all the votes count, more people would vote.

As upsetting as the election of Donald Trump might be, it is not really accurate to say that he represents us, or even a narrow half of us.  A narrow half of us did not feel that voting mattered enough to do it.  Maybe they are right.


Donald Trump does not represent the American people because none of our government can legitimately make that claim.

Posted by Don Macleay at 6:48 PM No comments:

Post election thank you to the people of Oakland 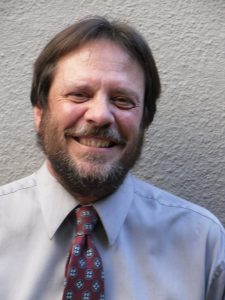 Don personally extends his gratitude to the people of North Oakland for their support, positive engagement and their votes.
The job of making the Oakland public schools better continues.  We hope that our campaign is a part of making sure that the discussion includes more options at local schools and more practical and vocational education as part of what all students are offered.

The OUSD elections may be over, but the campaign to improve our city's public schools is never over.  Thus, Don and his campaign coordinators wish to send out to you, especially if you missed his Election Night Party, this brief note telling you how much they are grateful for your support.  THANK YOU!
Bottom-line is that we hit the pavement, and got our message out, and enlarged our base of supporters.  Consequently, many more District One voters are now aware of the unprecedented influx of spending in our school board races by multi-millionaire charter school lobbyists and organizations which have supported the proliferation of unaccountable charter schools in the district, to the detriment of the public schools.

Moreover, new volunteers and new members flocked to Don’s campaign to fight for the re-establishment of whole, healthy, greener, neighborhood schools for all the city’s children.  We will be working hard to help a new generation take up the leadership of our city.  The people who helped our campaign have a lot to offer all of us and we welcome them and their new ideas.

So the fight will go on, and, as soon as we all have caught up on that sleep we have been craving for, we shall collectively begin to reflect on how we can improve, grow our strength and influence, plan for the next election, and put a great school in each and every Oakland neighborhood.

Don will stay involved personally and will look for ways to contribute as a writer, a vocational teacher and as a supporter of candidates to come.

The don4ousd.org website and email will soon be shut down.  You may contact him at dmacleay@earthlink.net in the future.